In this lesson, we will learn

The Exterior Angle Theorem states that

An exterior angle of a triangle is equal to the sum of the two opposite interior angles. 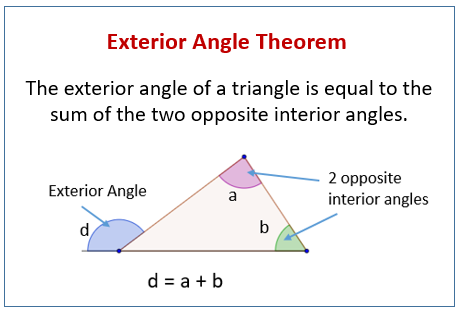 Find the values of x and y in the following triangle.

Proof of the Exterior Angles Theorem