Coordinate Geometry Formulas
The following table gives some coordinate geometry formulas. Scroll down the page if you need more explanations about the formulas, how to use the formulas and worksheets to practice.

Given any two points on a line, you can calculate the slope of the line by using this formula: 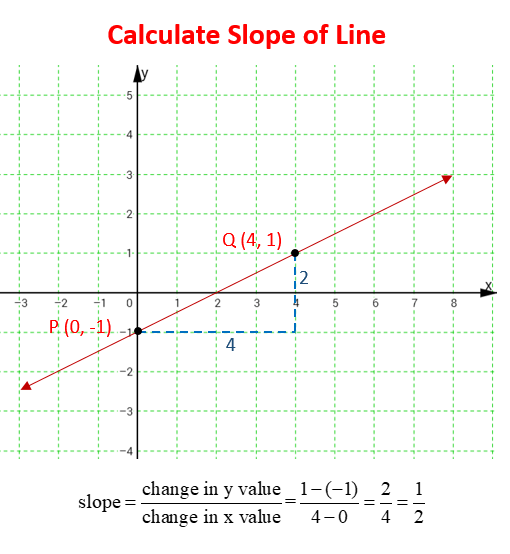 What is the Y-intercept?

The y-intercept is where the line intercepts (meets) the y-axis.

For example: In the above diagram, the line intercepts the y-axis at (0,–1). Its y-intercept is equals to –1.

What is the Equation of a Line?
In coordinate geometry, the equation of a line can be written in the form, y = mx + b, where m is the slope and b is the y-intercept. (see a mnemonic for this formula) 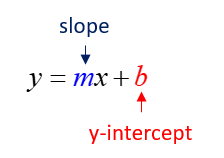 
How to Find the Slope Given 2 Points?
Example: Find the slope of the two points (-6,3) and (4,-3) How to Write a Slope Intercept Equation for a Line on a Graph? What is a Negative Slope?


Let's look at a line that has a negative slope. 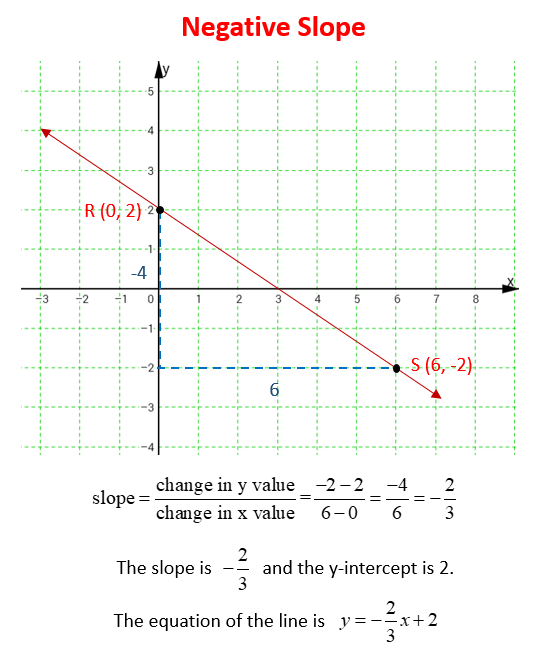 How to determine the slope of a line given the graph of a line with a negative slope?

How to find the slopes Of Parallel Lines?

In coordinate geometry, two lines are parallel if their slopes (m) are equal.

How to find the equation of a line parallel to a given line and passing through a given point?
Example: Write the equation of a line that is parallel to the line 2x - 4y = 8 and goes through the point (3, 0). How to find the slopes Of Perpendicular Lines?
In the coordinate plane, two lines are perpendicular if the product of their slopes (m) is –1.


How to find the slope of a line that is perpendicular to a given line?
Example: Find the slope of the line that is perpendicular to the line 3x + 2y = 6. What is the Midpoint Formula?
Some coordinate geometry questions may require you to find the midpoint of line segments in the coordinate plane. To find a point that is halfway between two given points, get the average of the x-values and the average of the y-values.

How to derive and use the midpoint formula?
This video gives the formula for finding the midpoint of two points and one example to find the midpoint. What is the Distance Formula

In the coordinate plane, you can use the Pythagorean Theorem to find the distance between any two points.