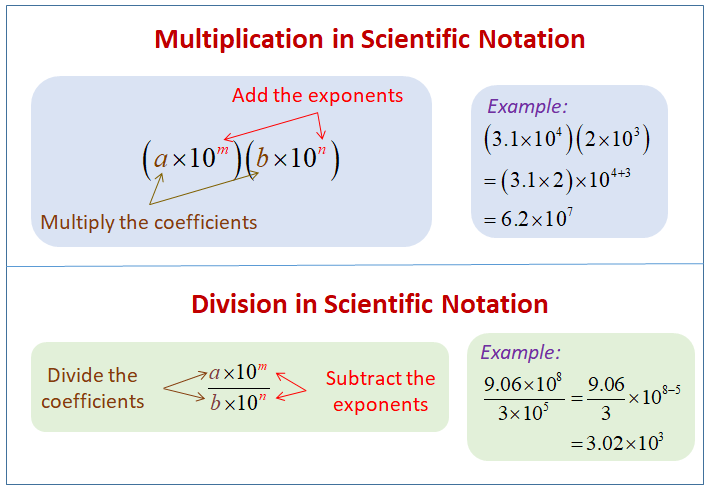 Multiplication and Division in Scientific Notation


Applications using Scientific Notation
Examples:
1) Suppose a state has a $31 billion budget for K-12 schools. If that money is dispersed among 292 school districts throughout the state, how much money will each school district receive?
2) According to a 2013 report from the U.S. Bureau of Justice Statistics, approximately 2.2 million Americans are incarcerated in local jails and state and federal prisons. If it costs $25,000 to house each inmate for a year, how much is U.S. spending on incarcerations yearly?
3) It is estimated that a single droplet from a sneeze can contain as many as 200 million germs. If a sneeze is composed of 40,000 of these droplets, how many germs are in a single sneeze?
4) According to its website, Lucas Oil Stadium in Indianapolis holds approximately 70,000 spectators. How many stadiums would it take to hold the entire U.S. population?
5) Recently, a meme on social media was divvying lottery winnings among everyon in the country. If the jackpot was $1.3 billion and the meme estimated a population of 300 million people, hoe much money would each person "win"?