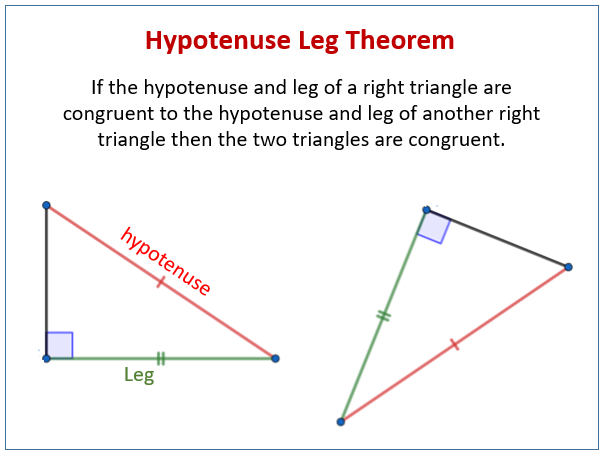 Hypotenuse Leg Theorem is used to prove whether a given set of right triangles are congruent.

State whether the following pair of triangles are congruent. If so, state the triangle congruence and the postulate that is used.

From the diagram, we can see that

So, triangle ABC and triangle PQR are congruent by the Hypotenuse Leg Theorem.