Fractions
Definition:
A proper fraction is a number that represents part of a whole region, set or length.

The following is a sample Frayer Model of a fraction. 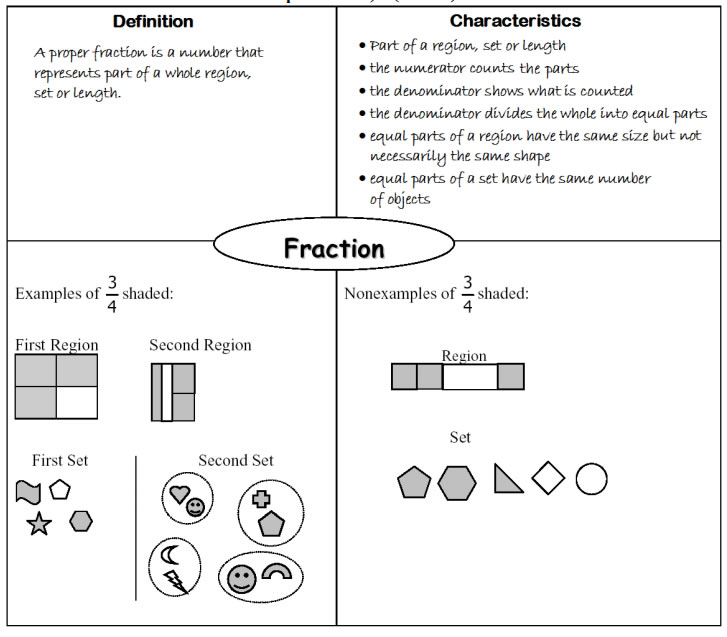 Comparing Fractions
Fractions can only be compared if the whole is known in each situation. When fractions have the same denominator, the one with the larger numerator is greater. 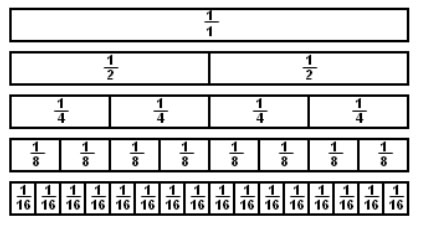 A benchmark is a known size or amount that helps you understand a different size or amount. You can use 1/2 as a benchmark to help you compare fractions.
3. Erika ran 3/8 mile. Maria ran 3/4 mile. Who ran farther?
Use Benchmark Fractions to Compare and Order
How to compare fractions to benchmarks like 1/2 to determine size and order?
Examples:
1. A recipe for granola uses 5/8 cup of raisins and 1/6 cup of dried cranberries. Is there a greater amount of raisins or cranberries?