A series of free, online video lessons with examples and solutions to help Algebra students learn about parabola conic sections.

The following diagrams show the conic sections for circle, ellipse, parabola, and hyperbola. Scroll down the page for more examples and solutions on conic sections. 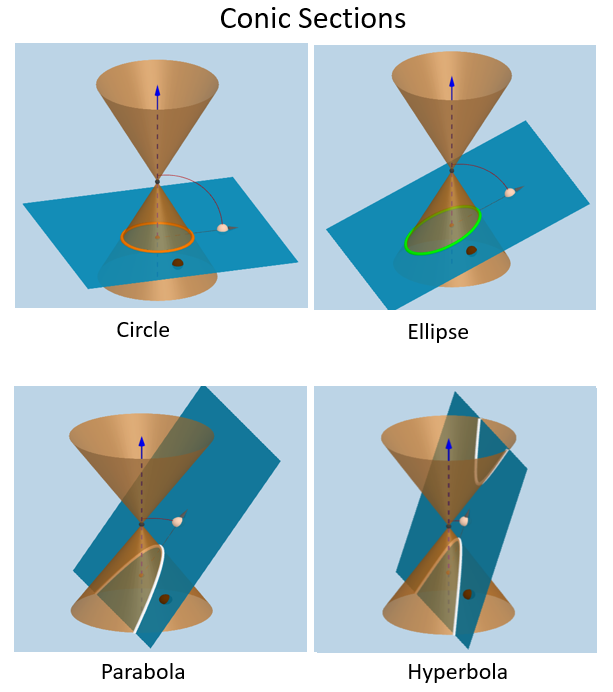 By definition, a conic section is a curve obtained by intersecting a cone with a plane. In Algebra II, we work with four main types of conic sections: circles, parabolas, ellipses and hyperbolas. Each of these conic sections has different characteristics and formulas that help us solve various types of problems.

When working with circle conic sections, we can derive the equation of a circle by using coordinates and the distance formula. The equation of a circle is (x - h)2 + (y - k)2 = r2 where r is equal to the radius, and the coordinates (x,y) are equal to the circle center. The variables h and k represent horizontal or vertical shifts in the circle graph.

An ellipse is an important conic section and is formed by intersecting a cone with a plane that does not go through the vertex of a cone. The ellipse is defined by two points, each called a focus. From any point on the ellipse, the sum of the distances to the focus points is constant. The position of the foci determine the shape of the ellipse. The ellipse is related to the other conic sections and a circle is actually a special case of an ellipse.