High School Math based on the topics required for the Regents Exam conducted by NYSED. Understand and compare experimental and theoretical probability

The following figure compares experimental and theoretical probability. Scroll down the page for more examples and solutions. 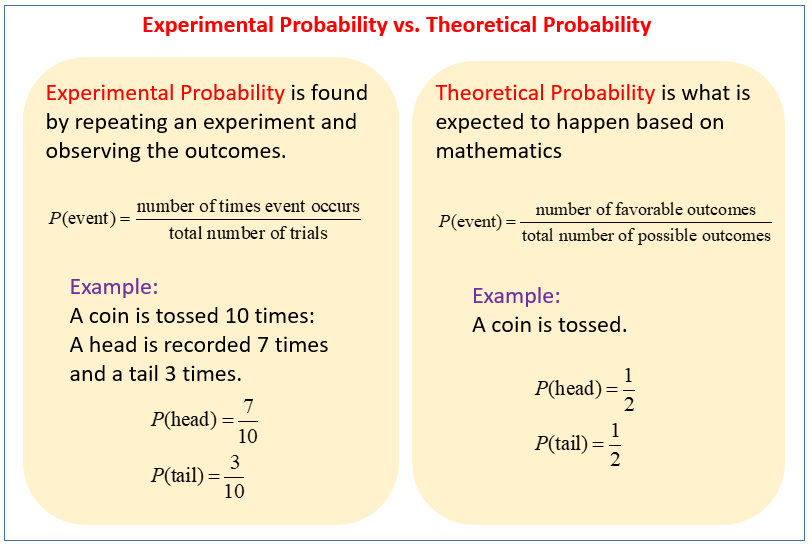