Examples, solutions, videos, worksheets, and activities to help PreCalculus students learn how to derive the sine and cosine addition formulas and how to use them to prove other trigonometric identities. 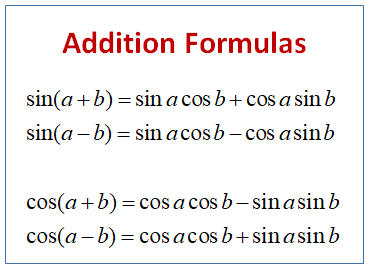 How to use the sine and cosine addition formulas to prove the cofunction identities?