a) The velocity function is the derivative of the position function.

b) The acceleration function is the derivative of the velocity function

The following diagrams show how the second derivative test van be used to find the local maximum and local minimum. 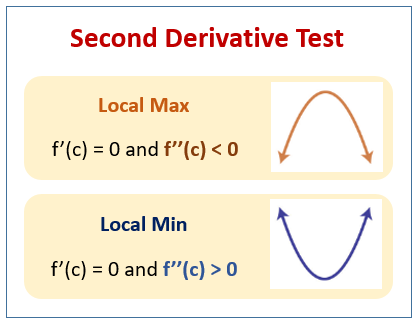 Using the Product Rule, we get

Concavity and Second Derivatives
Examples of using the second derivative to determine where a function is concave up or concave down. Using Implicit Differentiation to find a Second Derivative