In this lesson, we will learn
Scientific Units
There are certain unit systems which the scientific community has universally agreed upon.
To measure distance in scientific units we use meters (m),
to measure mass we use grams (g),
to measure volume we use liters (L) and
to measure temperature we use either degrees centigrade (C) or degrees Kelvin (K).

Units, SI, and Metric Prefix Conversions
The following figure shows how to convert to scientific notation. Scroll down the page for more examples and solutions. 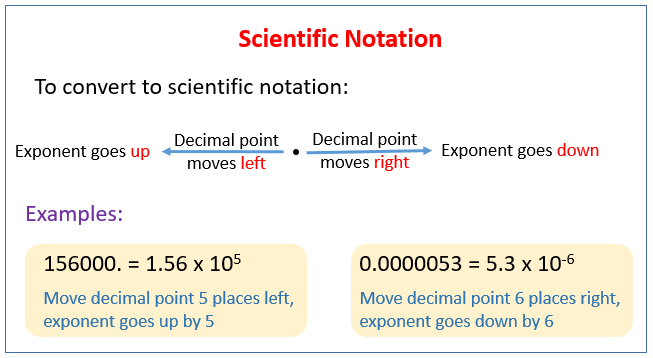 Learn to convert numbers into and out of scientific notation. Scientific notation is a way to express very big and very small numbers with exponents as a power of ten. It is also sometimes called exponential notation. In this video, we will have an explanation and tutorial, and do practice and example problems.