In this lesson, we will learn 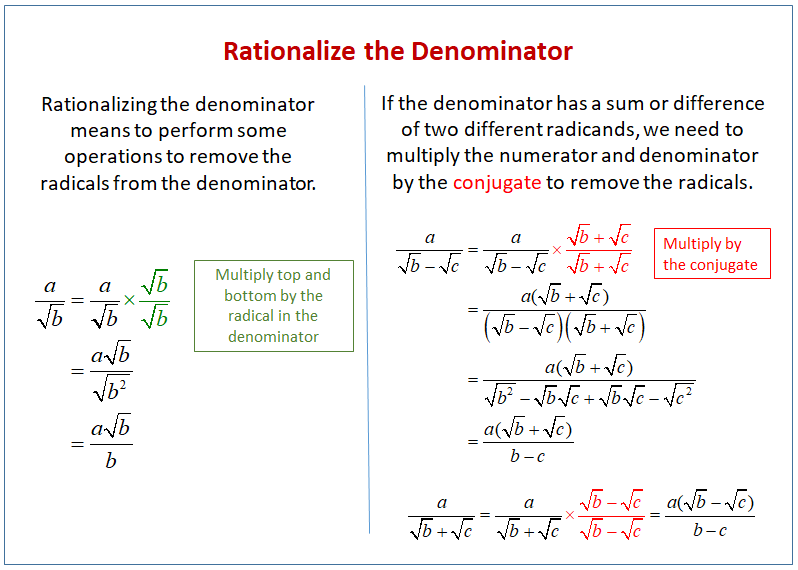 How to rationalize a denominator?

Rationalizing the Denominator with Higher Roots

Rationalizing a Denominator with a Binomial

Solving an Equation with Radicals