Videos and lessons with examples and solutions to help High School students learn how to prove theorems about triangles.

Theorems include: a line parallel to one side of a triangle divides the other two proportionally, and conversely; the Pythagorean Theorem proved using triangle similarity. 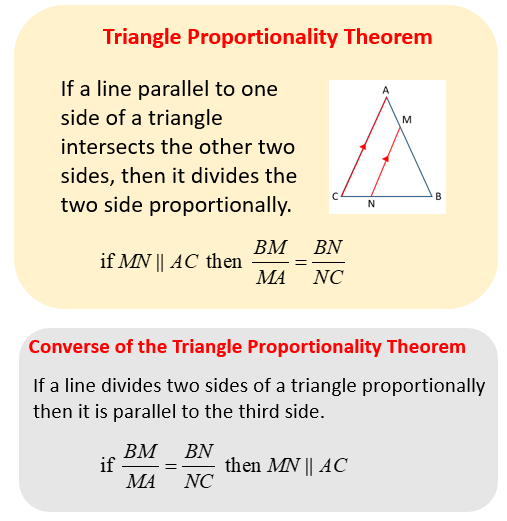