Examples, solutions, videos, and lessons to help Grade 6 students understand a rational number as a point on the number line. Extend number line diagrams and coordinate axes familiar from previous grades to represent points on the line and in the plane with negative number coordinates.

B. Understand signs of numbers in ordered pairs as indicating locations in quadrants of the coordinate plane; recognize that when two ordered pairs differ only by signs, the locations of the points are related by reflections across one or both axes.

The following figure shows numbers and their opposites on the number line. Scroll down the page for examples and solutions. 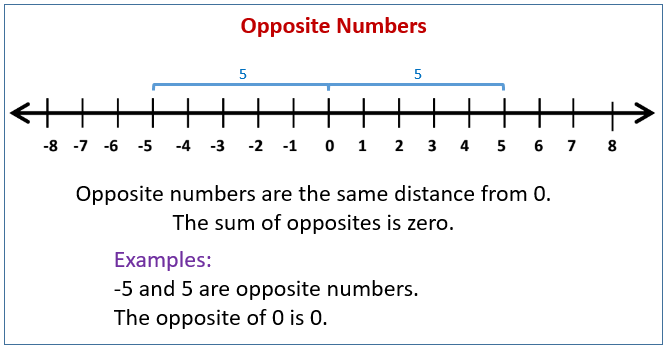