In this lesson, we will learn
Interactive activities are included to help you practice measuring angles with a protractor.

Given an angle ABC ,

How do we measure the size of the angle? We can measure angles using an instrument known as a protractor.


What is a protractor?

A protractor is an instrument used to measure the size of angles. 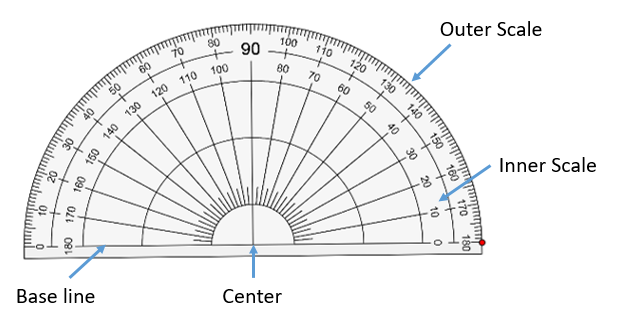 How to measure an angle using a protractor

To measure angle ABC , we need to:

Step 1: Place the center point of the protractor on the vertex B.
Step 2: Adjust the base line of the protractor so that it is aligned with the line BC
Step 3: Read the value of angle ABC, from the inner scale.

We can also adjust the base line of the protractor so that it is aligned with the line AB and use the outer scale to measure the angle. 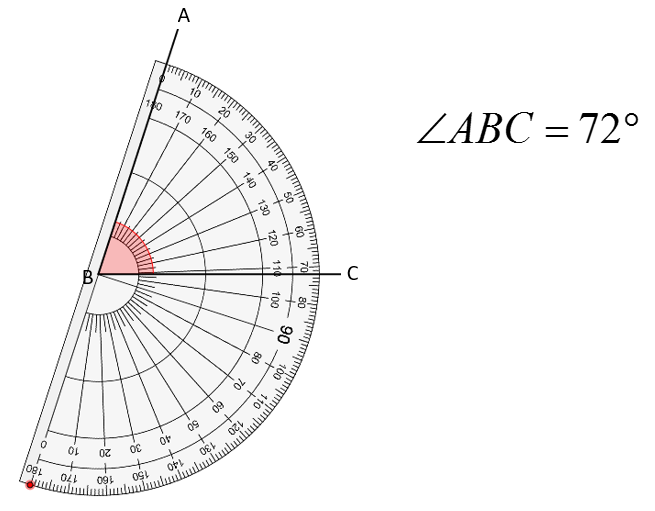 How to measure and draw angles using a protractor?

The following videos will show you how to measure and draw angles using a protractor.

Using a Protractor
Explore how to use a protractor

Angle Measure
Drag and drop the Protractor to measure the angle

Measuring Angles
Practice lining up and reading a protractor while you measure a set of angles in this fun learning activity. The angles may range from 0° to 180°.

Guess the Angle
Determine the acute or obtuse angle.