This lesson will help you develop an understanding of division by:
• explaining that a fraction represents a part of a whole
• comparing fractions of the same whole that have like denominators

Fractions as Part of a Whole

A fraction can be used to name a part of a whole.

The following diagram shows an example of a fraction indicating the numerator, denominator, and fraction bar. Scroll down the page for more examples and solutions of fractions. 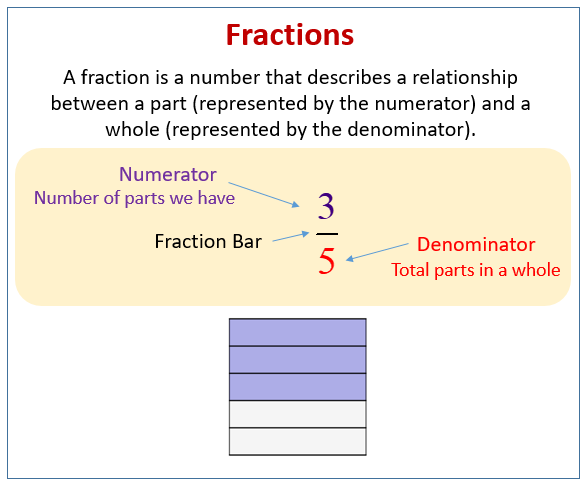 We can use the symbols for greater than and less than (< and >) when comparing fractions with the same denominator.


Learn to compare and order fraction with like denominators